Two-Storey Side Extension in South Liverpool 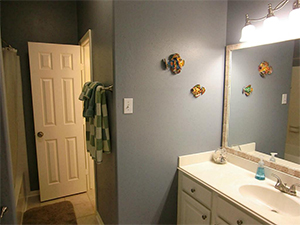 With a growing family Mrs. Roxburgh of Woolton, Liverpool was in need of a two-story side extension to try and create room for everyone in the house. She’d decided that extending her home was preferable to moving in the middle of a recession so she contacted Fiveways Contractors for help and advice. Fiveways guided her through the whole process of planning and clearly laid out the procedure for realising her ideas. She was presented with a full itemised breakdown of costs and timescale and working closely with the architects and council planning department Fiveways extended her kitchen into the side passage so everyone in the family could be together at the same time and built two extra bedroom upstairs separated by a Jack and Jill bathroom.

Two-story side extensions are a fantastic way of maximising space in your home removing the necessity of taking on the burden, stress and costs of moving house. So profound is the difference that it’s almost like you’ve moved and has a hugely positive impact on your homelife.

Mrs. Roxburgh was delighted with her extension, the respect that our tradesmen showed during construction, has said that she’s never going to move and that her youngest daughter (7) now wants to be a builder when she grows up.

Finding a contractor to build a two-storey side extension in South Liverpool has never been easier – we’re waiting for your call!

FOR A CONTRACTOR YOU CAN TRUST, FIVEWAYS ARE A MUST...

For extensions, conversions and all manner of domestic building work call: